1.a) Template and 1.c), 1.d) searched image
1.b) Correlation map with local extrema overlapped as red crosses
1.c) Corresponding predicted locations as bounding boxes of dimensions identical to the template used for the search
1.d) Final yielded detections after Non-Maxima Suppression to return the N_object=4 best detections without overlap

The correlation map is computed for each image with every template provided.

The extrema detection can list a large number of extrema in the first place. Usually a threshold on the score is then used to limit this number (i.e. returning local extrema with a score above/below the threshold).
To prevent overlapping detection of the same object, Non-Maxima Supression is performed after extrema detection. 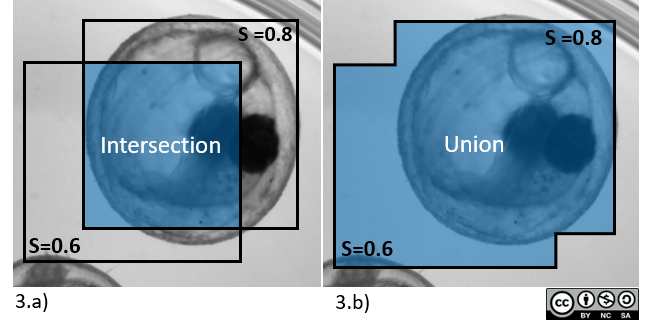